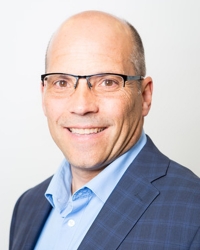 Professor of Economics and Program Director, International Economics
The School of Public Policy, University of Calgary

Dr. Beaulieu (PhD, Columbia University) is a professor of economics and is program director, international economics, at The School of Public Policy. He has worked as an economist for the Government of Kenya and the Bank of Canada. His research is in empirical international economics, firm dynamics, labour markets, and income inequality. In 2004, Dr. Beaulieu was the Norman Robertson Fellow at International Trade Canada. He has also served on the executive council of the Canadian Economics Association. Dr. Beaulieu is the founder of the Rocky Mountain Empirical Trade Conference, an annual conference in Banff that brings together leading experts on empirical international trade, and he is the founder of the Canadian International Trade Study Group, a network of trade economists. He volunteers in the non-profit sector as the past board chair of a large arts organization, and co-chair of the annual Hearts Out gala, which supports the Youth Singers of Calgary and the Performing Arts Youth Centre.

Kursti is the Director of International Strategy and Business Intelligence. In this role she oversees international market and sector research as well as the development of strategies, policies and programs to support government’s efforts in opening and expanding markets for B.C. goods and services globally, and attract investment to grow B.C.’s priority sectors. Kursti has over 25 years of diverse public sector experience in the development of policy and legislation, strategic/business planning, business transformation, stakeholder engagement, program evaluation and project management. She has worked in a number of different organizations and ministries in the natural resource, social and economy sectors.

Colin Hansen is the president and CEO of AdvantageBC, a private-sector organization dedicated to promoting British Columbia as a centre for international business. He was elected to the British Columbia legislature in 1996, and served as deputy premier and minister of finance from June 2008 to March 2011. He also served for almost four years as minister of health and three years as minister of economic development, which included responsibility for the 2010 Olympics and the Asia-Pacific Initiative. Mr. Hansen serves on the boards of several not-for-profit organizations: the Jack Austin Centre for Asia Pacific Business Studies at Simon Fraser University, the Canada Japan Society, the Arthritis Research Centre of Canada, and the Fraser Basin Council. He also chairs the advisory board for Retirement Concepts, and is chair of the board of directors for the Transportation Investment Corporation, a provincial Crown corporation. Before entering politics, he was president and founding partner of Image Group, which is now BC’s largest promotional products company. Prior to that, he was the vice-president, finance and administration, for the Asia Pacific Foundation of Canada. 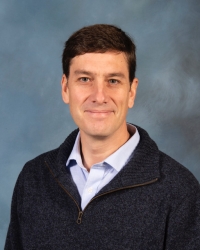 Dr. Jeffrey Reeves is Vice-President of Research for the Asia Pacific Foundation of Canada. Prior to joining APF Canada, Jeff was the Director of Asian Studies at the United States Army War College in Carlisle, Pennsylvania. He has over 15 years direct experience living and working in Asia, including as an Associate Professor with the Daniel K. Inouye Asia Pacific Center for Security Studies in the United States, as a Research Fellow with Griffith University in Australia, and as a University Instructor at Peking University in the People’s Republic of China. Jeff has worked with the United Nations Development Program and World Wildlife Foundation in Beijing and as a Research Assistant with the London School of Economics and Political Science’s (LSE) Asia Research Centre in London.

Jeff served in the United States Peace Corps from 2001 to 2003 in Khovd, Mongolia, and received his PhD from the LSE and his master’s degree in Chinese Studies from the University of Edinburgh. 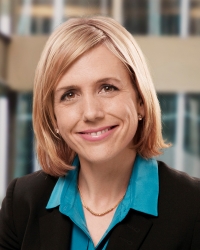 Lori Rennison is a senior policy director in the Bank of Canada’s Canadian Economic Analysis Department. Following several years at the Department of Finance Canada and Industry Canada, Ms. Rennison joined the central bank in 2007. She has also directed the economic activities of the Bank’s five regional offices and served as senior policy advisor in both the Canadian and International Economic Analysis departments. 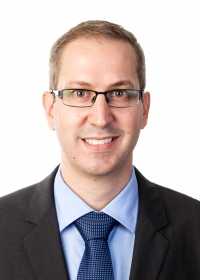 Dr. Stephen Tapp is the Deputy Chief Economist and Director of the Research Department at Export Development Canada. In these roles, he helps oversee EDC’s global economic and export forecast as well as the research program. Prior to joining EDC, Dr. Tapp was a Research Director at the Institute for Research on Public Policy, where he managed the International Trade and Global Commerce research program. Dr. Tapp  entered the federal government through the Recruitment of Policy Leaders program to work as a senior economist and adviser on economic and fiscal issues for Canada’s first Parliamentary Budget Officer. He has also worked: as an economist and forecaster at the Bank of Canada; as a researcher at Finance Canada and the C.D. Howe Institute; and an economics instructor at Queen’s University. His research has been published in academic journals, such as the Canadian Journal of Economics and Canadian Public Policy. Dr. Tapp has a Ph.D. and a Master’s in economics from Queen’s University and an Honors degree from Western University. He is on the board of the Ottawa Economics Association.